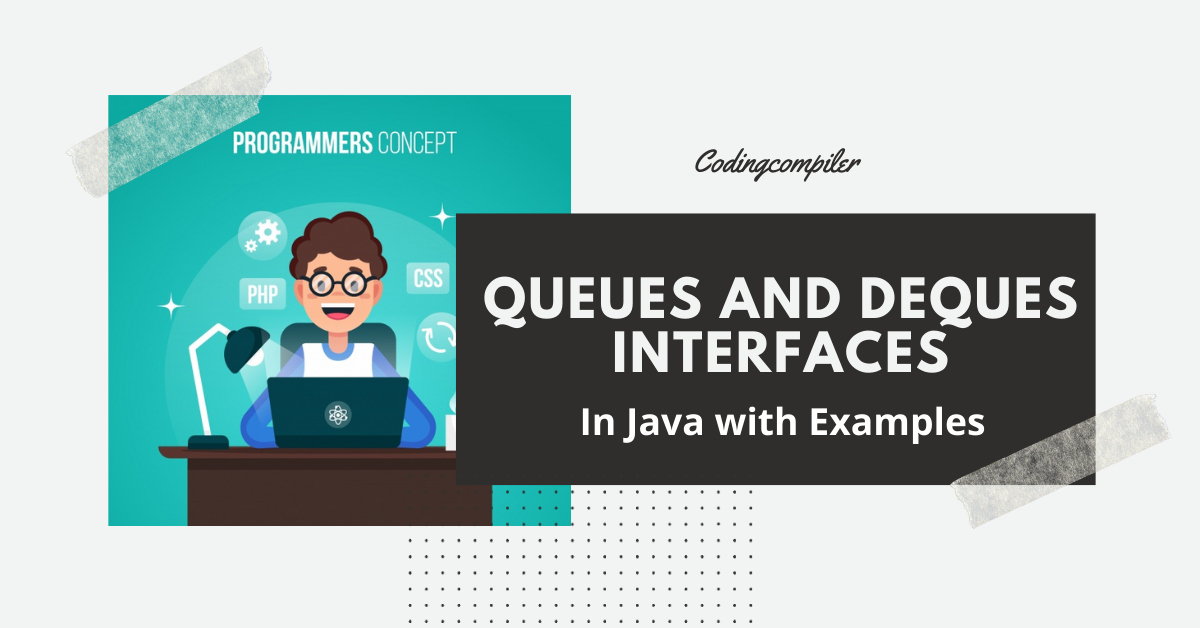 The current Deques interface in java. Utility Package is a Queue interface subtype. The Deque is related to the double-ended queue that supports elements from either end of the data structure being added or removed. It can either be used as a queue(first-in-first-out/FIFO) or as a stack(last-in-first-out/LIFO).

The usage of the PriorityQueue

A Deque is a “double-ended queue” which means that elements can be added at the front of the tail of the queue. The queue only can add elements to the tail of a queue.

Of course the same options for offer, poll and peek are available, however they do not work with exceptions but rather with special values. There is no point in showing what they do here.

You can peek at the element at the head of the queue without taking the element out of the queue. This is done via the element() method. You can also use the getFirst() and getLast() methods, which return the first and last element in the Deque. Here is how that looks:

To remove elements from a deque, you call the remove(), removeFirst() and removeLast() methods. Here are a few examples:

What is a Stack?

In Java, Stacks are a LIFO (Last In, First Out) Data structure for objects.

Java contains a Stack API with the following methods

A BlockingQueue is an interface, which is a queue that blocks when you try to dequeue from it and the queue is empty, or if you try to enqueue items to it and the queue is already full. A thread trying to dequeue from an empty queue is blocked until some other thread inserts an item into the queue. A thread trying to enqueue an item in a full queue is blocked until some other thread makes space in the queue, either by dequeuing one or more items or clearing the queue completely.

BlockingQueue methods come in four forms, with different ways of handling operations that cannot be satisfied immediately, but may be satisfied at some point in the future: one throws an exception, the second returns a special value (either null or false, depending on the operation), the third blocks the current thread indefinitely until
the operation can succeed, and the fourth blocks for only a given maximum time limit before giving up.

Any calls to a put() method will be blocked if the size of the queue is equal to the initial capacity defined. An unbounded Queue is one which is initialized without capacity, actually by default it initialized with Integer.MAX_VALUE.

Some common implementations of BlockingQueue are:

Now let’s look at an example of ArrayBlockingQueue:

And the thread will be blocked after the second output.

LinkedList as a FIFO Queue

The java.util.LinkedList class, while implementing java.util.List is a general-purpose implementation of java.util.Queue interface too operating on a FIFO (First In, First Out) principle.

The output of this code is

A Queue is a collection for holding elements prior to processing. Queues typically, but not necessarily, order elements in a FIFO (first-in-first-out) manner.

Head of the queue is the element that would be removed by a call to remove or poll. In a FIFO queue, all new elements are inserted at the tail of the queue.