Blockchain in healthcare and medicine – Three areas where Blockchain can be used from Coding compiler. Nowadays everyone talks about the blockchain technology too much that it may seem that very soon it will be used in almost any process. In fact, this technology has limited use, and it is not suitable for everything. In this blog we talks about what the problems of the healthcare industry in the foreseeable future can be solved with the help of the blockchain.

What is good about blockchain?

Blockchain well solves the problem of trust in a complex environment. I will give an example: initially this technology and cryptocurrency became possible because its use does not require the participation of a centralized organization.

Before that, in case of disagreement with the work of the system, we applied to the bank, and more often we just believed in it, since the government was behind it. By and large, the whole practice of money exchange was built on this. The blockchain allowed us to create a decentralized system with a set of rules with which everyone agreed, and which is very difficult to deceive.

Initially, this technology has found application in finance. And although even in this area, not everyone is exactly how it should be used, there is already a mass of at least half of the finished products.

Outside the financial industry, the blockchain is, in my opinion, three to four years behind. For various reasons, this technology is interesting for everyone, for example, simply because of HYIP. But so far there are no clear cases about which we can say: “Here we tried the blockchain – it works, but here it does not”.

Usage scenarios look speculative, among them hypotheses dominate, which are only now entering the verification stage. But in the healthcare industry there are three areas where technology will be tested first and foremost, and where its use looks justified.

Why do I Need a Blockchain in Medicine

The easiest use of the blockchain in health care is to track the supply chain, for example, conventional drugs or drugs that contain narcotic substances and are subject to special control. This is the most real case, because blockchain has been used in supply management for a long time.

Today, as a drug consumer, I cannot trace who the drug I was buying at the pharmacy was produced. When buying a medicine, you can ask for a certificate for it. But no one bothers an unscrupulous supplier or seller to fake it.

If all the information is stored in the blockchain from the moment of issue until it reaches the retail pharmacy, I can theoretically track the whole chain. It is clear that further into this system, you can add functionality, for example, to control drugs in clinics.

We can always see to whom the drugs were specifically transferred, to what extent they are required, and so on. Of course, this is especially important when it comes to drugs used in medicine.

[Related Article: How is Ethereum Different From Bitcoin]

To do this, a medicine bar code is placed on the package, according to which a special application is included in the blockchain. Of course, for the user, most likely, this system will be just a black box, which he will have to trust.

But it is here that the second important property of the blockchain, immutability, manifests itself. Information once stored in it cannot be changed or deleted.And this is his great advantage over the base, in which the data can be easily forged, and even hide the fact of the changes.

Some are already working on the creation of such systems, for example, MediLedger , a project that unites many participants in the pharmaceutical industry, among which are such giants as Pfizer, Genentech and a number of large distributors , is hopeful . The project was launched only in 2017. The team promises to present a commercial decision this year.

[Related Article:  What Is A Fork, Soft Fork And Hard Fork]

Probably, the MediLedger tests will be completed no later than 5 years later: in 2023, a law will come into force in the USA , according to which the movements of all prescription drugs should be controlled using a single electronic system, by the way, has not yet been created. The systems existing in the market do not allow controlling the entire chain from the manufacturer to the consumer. The initiators of MediLedger believe that their project should solve this problem.

Now vaccination records and, in general, all medical data are stored in certain electronic databases on the side of clinics. As users, we ourselves do not have any mechanisms to control what is happening with our medical records.Theoretically, they can be transferred to unknown organizations, or simply lost as a result of a system failure.

If the information is transferred to the blockchain, the situation changes fundamentally. You can implement an application with the help of which the patient himself will temporarily provide access to his or her data to attending physicians or research organizations. He will be independently responsible for the access of third parties to his medical card, but for him it will be completely transparent who uses it in what way.

This will not happen tomorrow, since such a process requires the construction of a community. But we can compare it with the development of the open API in the banking sector. Now this is the norm for any bank – you can look inside, look at the transaction.

Creating the same open API or analogue of open-banking in healthcare may be the next big step in spreading the blockchain and developing the industry as a whole. Now the transfer of data between systems remains a serious problem.

The inability to hack the system and delete the data allows us to develop this idea. For example, data can be used by insurance companies, and only with the consent of the client. That is, any of us will be able to give them access to a medical card in exchange for a discount. Now we have to manually enter these data, but the insurers take our word for it or do not believe it and inspect it anew.

There is an alternative example – having arrived in another country, even if it is a question of traveling from the USA to England, in case of medical problems you become a mystery to doctors. If a foreigner required an operation, the surgeon has no idea what problems he faced before. Perhaps he is contraindicated anesthesia? All the information he still needs to receive from the words of a patient who may forget, lie or be unconscious.

The possibility of solving this problem with the blockchain is now being studied by several organizations at once. For example, the American SimplyVitalHealth about a year ago developed a system that allows you to share patient data between several clinics. At the end of 2017, the company announced the development of a new, larger infrastructure system.

The US- based Patientory also deals with this issue. This company was launched only a year or a little more ago and there is no special news from it yet. However, even such mastodons like IBM are not in a hurry. About a year ago, IBM Watson Healthcare announced the beginning of studies on the use of the blockchain in transmitting personal data to cancer patients, but is not in a hurry with the conclusions.

The third large blockchain application area is smart contracts, mini-programs that live inside the blockchain network. They perform a specific set of actions depending on the triggers that come to them at the entrance.

For the healthcare industry, smart stamps are interesting in this area. Usually, in the insurance case, you need to go through instances, collecting signatures, and payments have to wait for a long time.

If the information is stored in a blockchain that everyone trusts, most of the process can be automated. As soon as the records are in the chain, the smart contract checks whether all conditions are met and makes a payment.

If there is not enough information, he asks for additional investigation of the situation.

Oddly enough, publicly about insurance projects in medicine has not yet been announced. But in professional circles they are already quite vividly discussed, it can be assumed that this is a matter of time.

There is no ready-made projects in this area

These are three contexts in which the mention of the blockchain, in my opinion, does not look like a fashion trend. It is clear that in the course of introducing a new technology, economic expediency plays a key role. But in these cases, the beneficiaries are obvious – and this is not only patients, but also clinics and insurance companies.

Unlike the finance industry, in health care new products are being introduced much more carefully and more slowly.Besides the fact that the industry is one of the most regulated and conservative, the introduction of a new technology requires serious financial investments.

For example, in order for clinics to share patient data even within a single country, it is necessary not only to create a common network, but also to provide a much higher level of cybersecurity in health facilities and to further train staff.

All this significantly affects the timing of the implementation of developments and is unlikely to allow us to see major projects in the field of medicine implemented in the blockchain in the coming months. But even the limited introduction of the blockchain here will be a serious test of the prospects for technology in other areas.

The blockchain has vulnerabilities caused by the very specifics of the technology. If the database is still hacked, the information may be lost or damaged – you need to backup the data. The more information in the database, the more space is required on computers for its storage. Over time, this number threatens to overgrow all imaginable and inconceivable sizes, and what to do then, There is a risk of creating fake medical cards to sell drugs for their own purposes.

Blockchain is definitely a worthwhile digital technology that can advance medicine and organize an international exchange of experience. However, it definitely will not be a panacea for those regions where digital technologies are not used or used very little and ineptly. 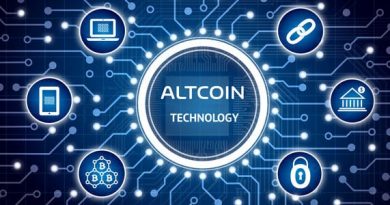 What is an Altcoin – Bitcoin Alternatives

How The Blockchain Transfer System work 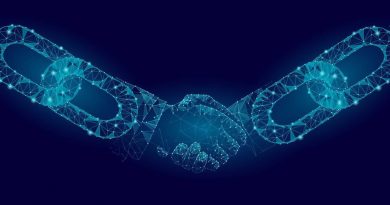 What is a Smart Contract on Blockchain