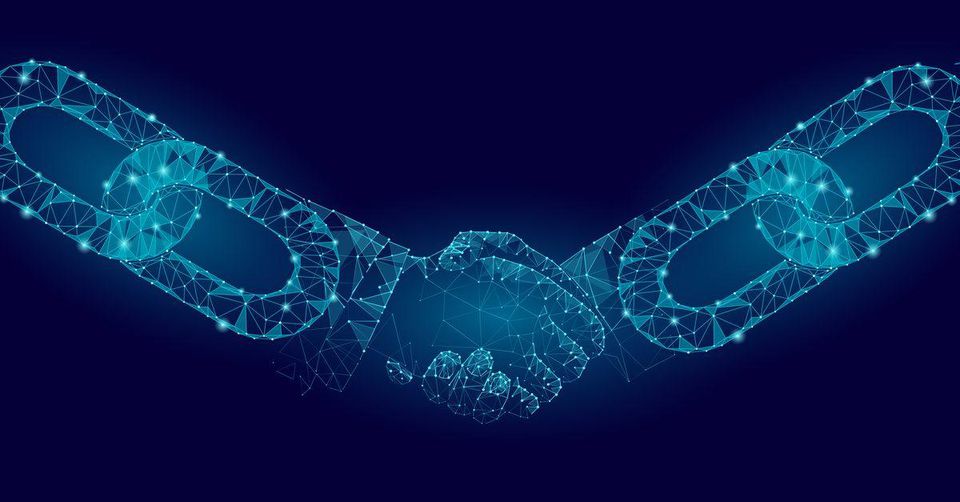 Smart contract in simple words – what it is and who needs it from Coding compiler. After 2009, when Satoshi Nakamoto created the first cryptocurrency, users began to perceive the usual ways of financial management in a different way. Later, the creation of Ethereum gave rise to an even more interesting topic for discussion – the potential of smart contracts. Crypto enthusiasts believe that such agreements will change the entire structure of communication and legal regulation of transactions in all spheres of human life.

What is a Smart Contract?

In this article we will try to formulate an accessible definition of this term, illustrate their work with the help of a number of illustrative examples and give answers to all questions of interest.

What is a Smart Contract on Blockchain?

A smart contract is a special algorithm created on the blockchain decentralized technology that serves to enter into and maintain commercial contracts.

Each party to such a contract can be sure that his rights cannot be violated – it simply cannot be done within the blockchain.

Simply put, a smart contract is an electronically-written condition between two parties. As a means of payment used cryptocurrency , and the subject of such an agreement could be anything:

Smart Contracts: Prerequisites for the creation and early stage of formation

As early as 1994, the famous cryptographer Nick Szabo, one of the founders of the basic principles of Blockchain technology, spoke about the possibility of applying smart contracts. But for the realization of his ideas, there was no distributed registry, and they started talking about the blockchain itself only in 2008.

So while developing the Bitcoin system , Satoshi adopted some elements of the idea of ​​smart contracts, but in order to increase the reliability of cryptocurrency, he decided to limit their capabilities. As a result, smart contracts were not included in the main software and were not used anywhere else.

Everything changed with the arrival of Ethereum . Its creator, Vitaly Buterin, believed in the potential of the technology and decided to make such blockchain contracts possible on his platform.

Anyone who has ever bought a house or apartment knows that in order to enter into transactions, you have to go to the notary office and also pay commissions to agents. But thanks to smart contracts, third-party mediation is no longer necessary, since the terms of the contract are checked automatically, and without confirmation of their execution, payment will not occur.

Vitaly Buterin vividly illustrates the essence of the functioning of smart contracts, citing a simple case. You get an asset or a digital currency in an electronic contract that independently analyzes the fulfillment of conditions. As soon as they are executed, the parties receive the remuneration prescribed in the contract. The selling party receives payment for the product or service, and the buyer transfers ownership. Due to the peculiarities of blockchain technologies, all contracts are recorded in a distributed registry. With proper design, no one can make changes to them, forge or change at their discretion.

The main parameters of smart contracts

Practical use of smart contracts on the blockchain

Smart contracts are relevant in all industries. Initially, they were interested in trading platforms and entrepreneurs who are interested in monetization. But today they are actively used in a number of other areas:

To understand how smart contracts operate on the blockchain, we suggest you to get acquainted with simple examples.

[Related Article: How is Ethereum Different From Bitcoin]

Zahotev predict the results of a football match, users make predictions in the program and enter the necessary amount of cryptocurrency rates there. After completing the game, all participants who correctly guessed the result will be rewarded with a smart contract.

If the match ends with a draw, and it was not written in the conditions, the money will be returned to the users who made the bets. In this case, no one has to pay a commission to bookmakers or to be afraid of deception.

The popularity of online sites, where you can make any purchases, has changed the scope of trade. Smart contracts make it possible to refuse payment of fees, reducing buyers’ costs and the risk for sellers.

[Related Article:  What Is A Fork, Soft Fork And Hard Fork]

Before the goods are sent, the amount from the account of the user who made the purchase will be written off, and the transaction information will be recorded in the blockchain. When the courier delivers the goods, the seller receives payment. The contract can be extended by specifying the duration of the delivery, as well as specifying the terms of the refund in case of delays and specifying under what circumstances it will be sent back.

Such contracts simplify the contractual relationship associated with the lease. A homeowner can find a tenant for a certain period, in a smart contract they will register a security deposit and a monthly payment. After all the conditions are met, the landlord will receive housing at his disposal. If the locks on the doors of apartments for rent are connected to the network, and the person does not pay, access will be blocked. The deposit will be returned after the termination of renting housing. If one or more of the rental conditions have not been met, it will be transferred to the lessor.

Also with the help of such contacts it is possible to purchase real estate in the property.

Since there are a lot of areas in which such electronic contracts can be beneficial, they cause a heightened interest of global billion-dollar corporations. Representatives say about interest in the blockchain:

Although initially smart contracts dealt only with Ethereum, today there are many other platforms using their wide functionality: among them EOS , NEO , Stellar .

Pros and cons of smart contracts

Given the variety of use cases, blockchain contracts are useful in many areas of our life. Among the main positive sides note:

Since the technology is in the early stages of formation, while its application is complicated by a number of conditions. Among the disadvantages include:

Although so far there are a number of problems, contracts on the blockchain have every chance of finding wide application in various spheres of our life. The more items and services connected to the Internet, the more useful smart contracts will become.

The option to create smart contracts is in a number of blockchain platforms. The most popular systems with such functionality are:

We have described the operating principles and features of smart contracts in general terms, but this is a promising direction for research. Despite the shortcomings of the distributed registry technology and the problems of scaling a number of projects, their advantages over traditional centralized systems are obvious. This will change not only the financial industry, but also the practice of public administration.

Today, many powers allocate billions of dollars in funds for the development of blockchain technologies and their implementation in various fields. The success of the smart contracts will be the key to the growth of the ETH rate, so you should not lose sight of this cryptocurrency, its rate against the dollar may greatly increase over time.