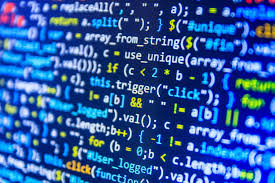 Basic Input and Output functions can be easily performed by using Python. Here is all you need to know about how to perform basic tasks.

In Python 3, print functionality is in the form of a function:

This string will be displayed in the output

In Python 2, print was originally a statement, as shown below.

This string will be displayed in the output

You can print escape characters too.

Note: using from future import print_function in Python 2 will allow users to use the print() function the same as Python 3 code. This is only available in Python 2.6 and above.

Basic Input and Output: Input from a File

Input can also be read from files. Files can be opened using the built-in function open. Using a with as syntax (called a ‘Context Manager’) makes using open and getting a handle for the file super easy:

This ensures that when code execution leaves the block the file is automatically closed.

Files can be opened in diﬀerent modes. In the above example the file is opened as read-only. To open an existing file for reading only use r. If you want to read that file as bytes use rb. To append data to an existing file use a. Use w to create a file or overwrite any existing files of the same name. You can use r+ to open a file for both reading and writing. The first argument of open() is the filename, the second is the mode. If mode is left blank, it will default to r.

If the size of the file is tiny, it is safe to read the whole file contents into memory. If the file is very large it is often better to read line-by-line or by chunks, and process the input in the same loop. To do that:

When reading files, be aware of the operating system-specific line-break characters. Although for line in fileobj automatically strips them oﬀ, it is always safe to call strip() on the lines read, as it is shown above.

Opened files (fileobj in the above examples) always point to a specific location in the file. When they are first opened the file handle points to the very beginning of the file, which is the position 0. The file handle can display its current position with tell:

Upon reading all the content, the file handler’s position will be pointed at the end of the file:

The file handler position can be set to whatever is needed:

To demonstrate the diﬀerence between characters and bytes:

Python programs can read from unix pipelines. Here is a simple example how to read from stdin:

Be aware that sys.stdin is a stream. It means that the for-loop will only terminate when the stream has ended.

You can now pipe the output of another program into your python program as follows:

In this example cat myfile can be any unix command that outputs to stdout.

Alternatively, using the fileinput module can come in handy:

raw_input will wait for the user to enter text and then return the result as a string.

In the above example foo will store whatever input the user provides.

input will wait for the user to enter text and then return the result as a string.

In the above example foo will store whatever input the user provides.

Basic Input and Output: Function to prompt user for a number

Basic Input and Output: Printing a string without a newline at the end

In Python 2.x, to continue a line with print, end the print statement with a comma. It will automatically add a space.

In Python 3.x, the print function has an optional end parameter that is what it prints at the end of the given string.

By default it’s a newline character, so equivalent to this:

But you could pass in other strings

If you want more control over the output, you can use sys.stdout.write: