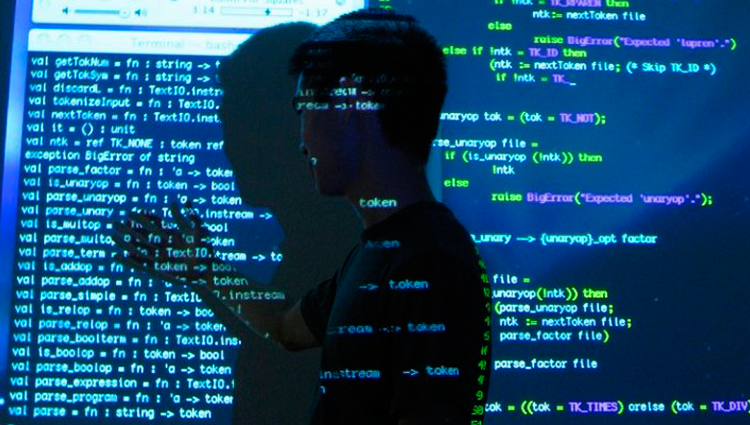 Python oﬀers itself not only as a popular scripting language, but also supports the object-oriented programming paradigm. Classes in Python describe data and provide methods to manipulate that data, all encompassed under a single object. Furthermore, classes allow for abstraction by separating concrete implementation details from abstract representations of data.

Classes in Python: Introduction to classes

A class, functions as a template that defines the basic characteristics of a particular object. Here’s an example:

There are a few things to note when looking at the above example.

Now let’s make a few instances of our Person class!

We currently have three Person objects, kelly, joseph, and john_doe.

We can access the attributes of the class from each instance using the dot operator . Note again the diﬀerence between class and instance attributes:

We can execute the methods of the class using the same dot operator .:

The idea of bound and unbound methods was removed in Python 3. In Python 3 when you declare a method within a class, you are using a def keyword, thus creating a function object. This is a regular function, and the surrounding class works as its namespace. In the following example we declare method f within class A, and it becomes a function A.f:

In Python 2 the behavior was diﬀerent: function objects within the class were implicitly replaced with objects of type instancemethod, which were called unbound methods because they were not bound to any particular class instance. It was possible to access the underlying function using .func property.

The latter behaviors are confirmed by inspection – methods are recognized as functions in Python 3, while the distinction is upheld in Python 2.

In both versions of Python function/method A.f can be called directly, provided that you pass an instance of class A as the first argument.

Python 2: TypeError: unbound method f() must be called with

A instance as first argument (got int instance instead)

Now suppose a is an instance of class A, what is a.f then? Well, intuitively this should be the same method f of class A, only it should somehow “know” that it was applied to the object a – in Python this is called method bound to a.

The nitty-gritty details are as follows: writing a.f invokes the magic getattribute method of a, which first checks whether a has an attribute named f (it doesn’t), then checks the class A whether it contains a method with such a name (it does), and creates a new object m of type method which has the reference to the original A.f in m.func, and a reference to the object a in m.self. When this object is called as a function, it simply does the following: m(…) => m.func(m.self, …). Thus this object is called a bound method because when invoked it knows to supply the object it was bound to as the first argument. (These things work same way in Python 2 and 3).

Finally, Python has class methods and static methods – special kinds of methods. Class methods work the same way as regular methods, except that when invoked on an object they bind to the class of the object instead of to the object. Thus m.self = type(a). When you call such bound method, it passes the class of a as the first argument. Static methods are even simpler: they don’t bind anything at all, and simply return the underlying function without any transformations.

Note that class methods are bound to the class even when accessed on the instance:

It is worth noting that at the lowest level, functions, methods, staticmethods, etc. are actually descriptors that invoke get, set and optionally del special methods. For more details on classmethods and staticmethods:

What is the diﬀerence between @staticmethod and @classmethod in Python?

Inheritance in Python is based on similar ideas used in other object oriented languages like Java, C++ etc. A new class can be derived from an existing class as follows.

The BaseClass is the already existing (parent) class, and the DerivedClass is the new (child) class that inherits (or subclasses) attributes from BaseClass. Note: As of Python 2.2, all classes implicitly inherit from the object class, which is the base class for all built-in types.

We define a parent Rectangle class in the example below, which implicitly inherits from object:

The Rectangle class can be used as a base class for defining a Square class, as a square is a special case of rectangle.

The Square class will automatically inherit all attributes of the Rectangle class as well as the object class. super() is used to call the init() method of Rectangle class, essentially calling any overridden method of the base class. Note: in Python 3, super() does not require arguments.

Derived class objects can access and modify the attributes of its base classes:

Built-in functions that work with inheritance

In this case, “monkey patching” means adding a new variable or method to a class after it’s been defined. For instance, say we defined class A as

But now we want to add another function later in the code. Suppose this function is as follows.

But how do we add this as a method in A? That’s simple we just essentially place that function into A with an assignment statement.

Why does this work? Because functions are objects just like any other object, and methods are functions that belong to the class.

These additions are available on all instances of that class (or its subclasses) automatically. For example:

Note that, unlike some other languages, this technique does not work for certain built-in types, and it is not considered good style.

New-style classes were introduced in Python 2.2 to unify classes and types. They inherit from the top-level object

type. A new-style class is a user-defined type, and is very similar to built-in types.

Old-style classes do not inherit from object. Old-style instances are always implemented with a built-in instance type.

In Python 3, old-style classes were removed.

New-style classes in Python 3 implicitly inherit from object, so there is no need to specify MyClass(object) anymore.

Let’s suppose we have a relatively simple Person class:

It might be handy to have a way to build instances of this class specifying a full name instead of first and last name separately. One way to do this would be to have last_name be an optional parameter, and assuming that if it isn’t given, we passed the full name in:

However, there are two main problems with this bit of code:

Enter class methods. Rather than having a single initializer, we will create a separate initializer, called from_full_name, and decorate it with the (built-in) classmethod decorator.

Notice cls instead of self as the first argument to from_full_name. Class methods are applied to the overall class,

not an instance of a given class (which is what self usually denotes). So, if cls is our Person class, then the returned

value from the from_full_name class method is Person(first_name, last_name, age), which uses Person’s

init to create an instance of the Person class. In particular, if we were to make a subclass Employee of Person,

then from_full_name would work in the Employee class as well.

To show that this works as expected, let’s create instances of Person in more than one way without the branching in init:

Python uses the C3 linearization algorithm to determine the order in which to resolve class attributes, including methods. This is known as the Method Resolution Order (MRO).

Now if we instantiate FooBar, if we look up the foo attribute, we see that Foo’s attribute is found first

Here’s the MRO of FooBar:

It can be simply stated that Python’s MRO algorithm is

That is, for example, Bar cannot inherit from FooBar while FooBar inherits from Bar.

For a comprehensive example in Python, see the wikipedia entry.

Another powerful feature in inheritance is super. super can fetch parent classes features.

Python classes support properties, which look like regular object variables, but with the possibility of attaching custom behavior and documentation.

The object’s of class MyClass will appear to have a property .string, however it’s behavior is now tightly controlled:

As well as the useful syntax as above, the property syntax allows for validation, or other augmentations to be added to those attributes. This could be especially useful with public APIs – where a level of help should be given to the user.

Another common use of properties is to enable the class to present ‘virtual attributes’ – attributes which aren’t actually stored but are computed only when requested.

If the variable contains a value of an immutable type (e.g. a string) then it is okay to assign a default value like this

This behavior is caused by the fact that in Python default parameters are bound at function execution and not at function declaration. To get a default instance variable that’s not shared among instances, one should use a construct like this:

Class variables can be accessed on instances of this class, but assigning to the class attribute will create an instance variable which shadows the class variable

Note that mutating class variables from instances can lead to some unexpected consequences.

The dir() function can be used to get a list of the members of a class:

It is common to look only for “non-magic” members. This can be done using a simple comprehension that lists members with names not starting with __:

Classes can define a dir() method. If that method exists calling dir() will call dir(), otherwise Python will try to create a list of members of the class. This means that the dir function can have unexpected results. Two quotes of importance from the oﬃcial python documentation:

If the object does not provide dir(), the function tries its best to gather information from the object’s dict attribute, if defined, and from its type object. The resulting list is not necessarily complete, and may be inaccurate when the object has a custom getattr().

Note: Because dir() is supplied primarily as a convenience for use at an interactive prompt, it tries to supply an interesting set of names more than it tries to supply a rigorously or consistently defined set of names, and its detailed behavior may change across releases. For example, metaclass attributes are not in the result list when the argument is a class.

A singleton is a pattern that restricts the instantiation of a class to one instance/object. For more info on python singleton design patterns, see here.

Another method is to decorate your class. Following the example from this answer create a Singleton class:

Descriptors are objects that are (usually) attributes of classes and that have any of get, set, or delete special methods.

Data Descriptors have any of set, or delete

These can control the dotted lookup on an instance, and are used to implement functions, staticmethod, classmethod, and property. A dotted lookup (e.g. instance foo of class Foo looking up attribute bar – i.e. foo.bar) uses the following algorithm: